"Gerald Lawless began his career in the 1970s working for Trust House Forte, the family run company that revolutionised the catering, hotel and convenience market in the UK. Helping to build the Forte global footprint, Lawless worked in Africa, the Caribbean, the UK and the Middle East. The company was sold for $3.9billion in 1996. In 1997 Lawless was invited by the Ruler’s Office in Dubai to set up a luxury hotel group. As President and CEO of the Jumeirah Group, he went on to create one of the biggest success stories in tourism, and helped to transform the city of Dubai into a luxury destination.

Under Lawless’ watchful eye, ‘the world’s most luxurious hotel’, the Burj Al Arab, was built, launching the Jumeirah Group’s brand onto the world stage. Lawless went on to lead the expansion of the Jumeirah Group, turning it into an international brand, with over twenty hotels in destinations around the world from London to Shanghai and huge hotel negotiations around the globe, including Argentina and the Caribbean. The chain also operates a restaurant division with over 100 outlets in the United Arab Emirates.

After leaving the Jumeirah Group he was elected Chairman of the World Travel & Tourism Council (WTTC). He is now a WTTC Ambassador.
A brand visionary and industry disruptor, Lawless is an impressive hands-on leader. Service oriented businesses wishing to break into new markets or build brand centric strategies will benefit from his insight, strategies and all-important executional policies." 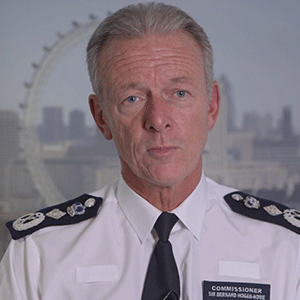 Invite Gerald Lawless to your next meeting