Tony Anderson is best known as the first marketing director of easyJet.

Anderson was as a key member of the start-up team that planned and launched easyJet in 1995 when it became the first carrier in the world to sell 100% direct to the public. Initially operating two leased aircraft flying between London and Scotland, easyJet today flies over 73 million passengers a year on more than 820 routes.

Easyjet is now the UK’s largest and best known airline. Erik Saelens is a rebranding and renaming specialist who is the founder and executive strategic director of Brandhome group, which makes companies grow faster than their markets.
Saelens has over 20 years’ experience in brand marketing and communication, having worked as senior brand advisor to the board of Royal Dutch Telecom KPN in The Hague and Brussels. He was also a member of the international brand management team at Sodexo, having started his career at Walibi, a European amusement park group.
Saelens focuses on what makes branding meaningful today and how to make marketing relevant tomorrow. Jeetendr Sehdev is a global authority on branding and Professor of Marketing at the University of Southern California.
Sehdev’s New York Times bestselling book, The Kim Kardashian Principle: Why Shameless Sells and How to Do it Right, is described by Forbes as “the most buzzed about business book of the year” and The Huffington Post as “one of the most influential books of the year.”
Sehdev reveals the key themes that ignite popular culture and delivers a bold and dynamic message that motivates people to be free, fearless and live up to their greatness. 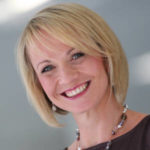 Karen Connell is an internationally renowned brand and marketing consultant called by some of the biggest businesses in the world to help them “think small!”
She founded The SMALLmighty consultancy after working at General Motors, Cadbury’s, Virgin and Schweppes where she witnessed first-hand how big business does (and doesn’t) work.
With an enviable client list Karen now trains, consults and inspires organisations so they can become more agile, responsive and mighty. Jon Duschinsky is the Founder of Be the Change. He is a social innovator and thought leader sparks change, helping organisations, start-ups, governments and non-profits connect what they do with the change they could be making in people’s lives.
He was recently voted the world’s second most influential communicator in social innovation (second only to Bill Clinton) by a group of his peers. He is the author of two books, Philanthropy in a Flat World and (me)volution. Scott Goodstein is responsible for developing the social networking platforms for Barack Obama and Bernie Sanders’ Presidential Campaigns.
Goodstein is CEO of Revolution Messaging, the leading digital firm. The organisation’s ethos is deeply rooted in progressive values and selectively works with the left’s leading issue-based campaigns and is also known to donate its services in times of crisis such as supporting the Flint, Michigan water crisis, Ferguson Action, Lady Parts Justice, and other social justice causes.
In 2008, Goodstein was External Online Director for Obama for America, tasked with evolving the campaign’s social networking platforms as well as building the first political mobile marketing portfolio (SMS, ringtones, mobile video, mobile app, etc.). Huib van Bockel is the former Chief Marketing Officer of Redbull Europe. At Redbull, Van Bockel was played a key role in the transition from an energy drink business to a media business.
He is seen as one of the new marketing thought leaders where brands should behave more like publishers then traditional marketers.  His book, The Social Brand was published in 2014, a blue print on how to succeed in the new social era.
Van Bockel is also founder of TENZING, a 100% natural energising drink. Jo Malone is responsible for creating some of the world’s most loved fragrances and the renowned brand, Jo Malone London.
Discovering an instinctual talent for creating scented products by hand in her kitchen, word of Malone’s exceptional potions quickly spread until she was unable to keep up with demand. From these artisan beginnings she launched her first brand, Jo Malone London, which gained cult status around the world.
Possessing an inherent entrepreneurial spirit, in November 2011, she decided to return to the beauty industry, five years after leaving Jo Malone London. She launched her brand Jo Loves in 2013 and opened the first Jo Loves store in London. Martin Adams brings more than a decade of experience to play as a founder, director, and investor in the areas of technology, media and blockchain.
He is CEO and Co-Founder of Codec, named Best Artificial Intelligence Company in Marketing by CognitionX and Tech Crunch. Codec is a creative intelligence platform enabling you to invest in content that resonates with untapped audiences.
He draws upon his rich experience as both an entrepreneur and a trained lawyer with experience in intellectual property, securities and corporate law to work with blockchain companies and structure intelligent business frameworks and strategies for explosive growth.

Interested in one of these marketing keynote speakers for your next event?