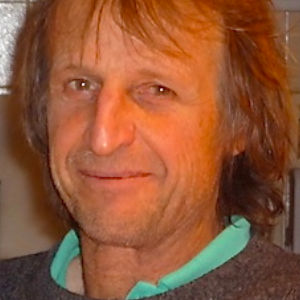 Erik Decamp has been an UIAGM guide for 30 years and an ENSA teacher (Ecole Nationale de Ski et d’Alpinisme in Chamonix) for 10 years. Guiding people and realising top level ascents, he has been on more than fifteen successful expeditions in the Himalayas, Peru, Argentina, Antarctica, Greenland and Africa. In 1990 he went to the summit of Everest and he has climbed all over the world in places such as USA, Morocco, Kenya, Norway and in the Alps.

Professional speaker, photographer and author
For the last 10 years Erik Decamp has helped companies, teams and individuals by talking and teaching about his experiences as an alpinist and a guide. Many of the experiences and lessons learnt in the field of mountaineering have a direct impact on how you can live both your personal and day-to-day business life. He is also a professional photographer and an author of several books and articles.

An early start
His experience is the fruit of a passion born in 1972, at the age of 18. Born in Paris, he discovered the mountains with his parents, but climbing turned out to decide his future. With the energy of youth he couldn’t waste a single day – after three years he had done many of the most difficult climbs in the Alps and he decided to become a guide. Something he has never regretted.

The scientist
In addition to his guiding career, his keen interest in mathematics and engineering has brought him a graduate degree from the Ecole Polytechnique in Paris, one of the most prestigious technical schools in France. This solid scientific background was confirmed by 15 years of research in mathematics and computer science.

The ENSA professor
As a young guide, Erik Decamp became a Professor at the Ecole Nationale de Ski et d’Alpinisme in Chamonix, teaching students how to become a professional guide. After 10 years of teaching, he decided to leave his academic position and focus on his own career.

Guide and engineer
Since then he has followed both routes, sometimes teaching but trying to spend more time in the mountains than in the office! His passion for alpinism has fed his motivation for guiding and his clients can discover mountaineering and climbing at their own level, as well as developing new skills. His corporate activities are a direct result of the creative interaction between his background and his experience.

Want to book Erik Decamp as a keynote speaker for your next event?